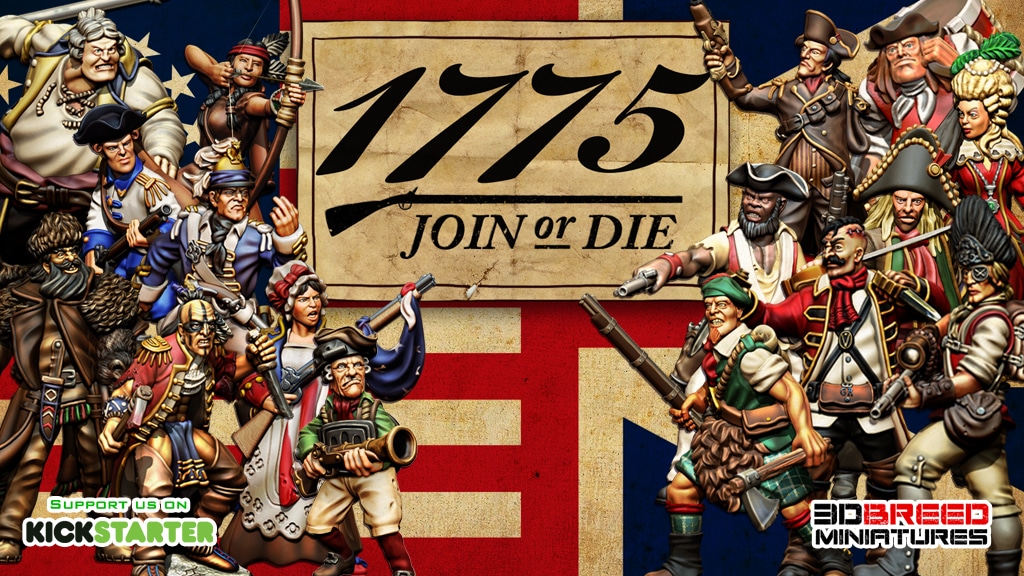 In 1775 the American War of Independence broke out, a war that confronted the Continental Patriots and the troops loyal to the British Crown, which wanted to prevent the Thirteen American Colonies from achieving the independence.
1775 Join or Die is a fantasy game in which the players create fighting squads made up of members coming from different backgrounds and conditions, confronting them in combat, espionage operations, sabotage, assassination, kidnapping and thievery.
Defeat is not an option, it’s time to fight and no one can stay aside.
¡Join or die!